Today morning, a Commemoration Parade was organized at the Ground of Police Station, Sector-17 Chandigarh in the memory of Police martyrs. Every year, 21st October is the day of remembrance of the martyred companions who laid down their lives during obligation of their duties. On this occasion, two-minute silence was held to salute the memory of Police Martyrs who sacrificed their lives. Central Police Organizations and State Police observe this day in the form of Martyrdom Day.

Sh. Parveer Ranjan, IPS, Director General of Police, UT, Chandigarh along with other police officers paid homage to their departed colleagues at the Martyrs Memorial Site. The family members of the slain martyrs were present on this occasion. Last year from 1st September 2020 to 31st August 2021 total 377 Police Officers and Police Personnel from paramilitary police forces and police organizations have set exemplary example before their colleagues by sacrificing their lives during duty. At the end a two minute silence prayer was held in memory of martyrs of Chandigarh police.
This year the number of Officers and Jawans who laid down their lives during duty is as under:-
Andhra Pradesh (11), Arunachal Pardesh (03), Assam (07), Bihar (06), Chandigarh (2), Chattisgarh (32), Himachal Pradesh (04), Jharkhand (04), Karnataka (16), Kerala (02), Madhya Pardesh (15), Manipur (03), Meghalya (01),  Odisha (04), Punjab (02), Rajasthan (02), Tamil Nadu (01), Uttar Pardesh (04), Uttrakhand (03), West Bengal (17), Andaman & Nicobar Island (02), Delhi (06), Jammu & Kashmir (17), Ladakh (01), Assam Rifles (03),  BSF (47), CISF (08), CRPF (82), FS,CD & HG (03), NSG (01), NDRF (01), RPF (08),  SSB (05) ITBP (54). The history of commemoration day traces back to October 21, 1959, when a police party of the Indian police force was deployed to defend national frontiers in the Ladakh region. The same was attacked by Chinese troops hidden by forming ambush in hills and 10 CRPF jawans were killed. Since then, this day is celebrated as Martyrdom Day at Central Police Organizations and Police Forces in remembrance of countless sacrifice of martyr companions.
Tribute to 6 Martyrs of Chandigarh Police
Chandigarh Police since its inception in the year 1966, is being striving very hard to provide an efficient, law abiding and responsive law enforcement machinery.  In this attempt our 06 fellow policemen Insp. Jagjit Singh, Insp. Sucha Singh, SI Amarjit Singh, ASI Amarjit Singh, ASI Lalu Ram and ASI Amin Chand have laid down their lives while discharging their duties. Remembering the brave souls on the occasion, the highlights of sacrifice made by the slain martyrs in the line of duty is as under:
Late Sh. Jagjit Singh, Inspector joined Chandigarh Police as ASI on May 6, 1972.  While posted as SHO/PS-39, on 17 July, 1988, he led a raid at a residence in sector-45, where some terrorists, armed with sophisticated weapons, were taking shelter.  Exhibiting exemplary courage and leadership, he broke open the door and rushed inside the house.  In this encounter three terrorists were killed.  Insp. Jagjit Singh also received fatal bullet injuries and was martyred on the spot.
Late Sh. Amarjit Singh, ASI joined Chandigarh Police on July 26, 1976.  On December 8, 1989, while he was posted in the Police Post-36, he was ambushed and martyred on the patrolling duty near village Kajheri by two terrorists riding a motorcycle.
Late Sh. Lalu Ram, ASI joined as a constable in Punjab Police on 29 June, 1976 and joined Chandigarh Police on deputation on 30 May, 1978.  On August 29, 1991, while he was posted as PSO to SSP/Chandigarh, some terrorists laid an explosive trap which blasted the SSP’s car.  ASI Lalu Ram was martyred on the spot.
Late Sh. Amin Chand, ASI joined the Chandigarh Police as constable on June 4th, 1981.  He was martyred on August 29, 1991 in a bomb blast by some terrorists, while he was posted as driver with then SSP, Sh. SS Saini.
Sh. Amarjit Singh, SI joined Punjab Police as Constable on 25.05.1973 and joined Chandigarh Police on deputation.  On February 25, 1992, SI Amarjit Singh along with other police officials was escorting under trial terrorists to PGI, Chandigarh for their treatment, some unidentified attacked the police party. Late SI Amarjit Singh bravely fought the terrorist till he martyr.
Late Sh. Sucha Singh, Inspector joined Chandigarh Police as Constable on April 30, 1976.  While posted in the traffic wing of the Chandigarh Police, he was on the night checking duty in the area of sub-division central on the night intervening of June 8/9, 2013.  During checking he questioned one suspicious couple sitting near the district court, sector-17, Chandigarh.  During the process, the accused stabbed him multiple times due to which he was martyred.  Inspector Sucha Singh sacrificed his life valiantly so that others could live safely.
This year two Chandigarh Police Policemen sacrificed their lives in the line of duty to maintain peace, law & order and during covid pandemic. Late Sh. Sukhbir Singh (ASI PR) who was posted at PS-Sarangpur died while obligation of duties on 23.10.2020. Late Sh. Ramesh Chand (ASI PR) who was posted at PS-19 and deputed on naka duty near Petrol Pump, Sector 20, Chandigarh on 10.04.2021 was hit by speedy vehicle while he was stopping it. Due to this he got serious injuries and later expired during treatment at GMCH-32 on 01.05.2021. 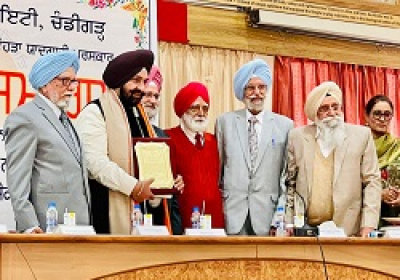 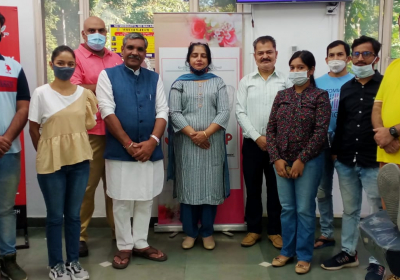 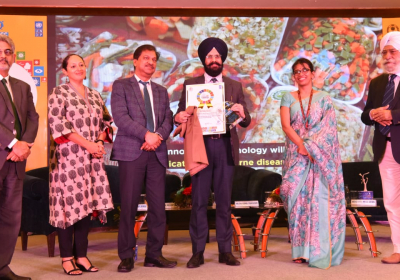