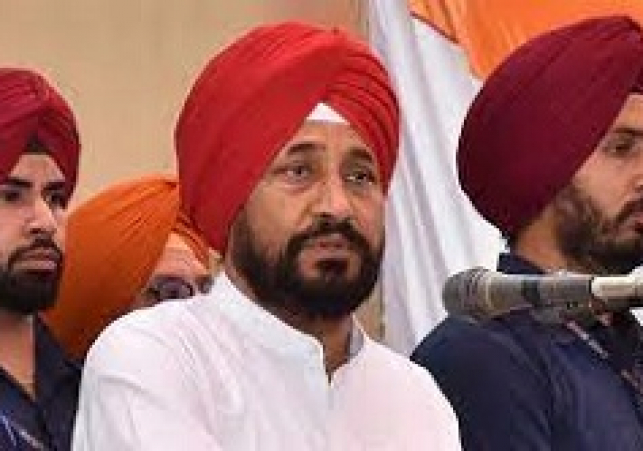 Punjab Chief Minister Mr Charanjit Singh Channi on Monday said that farmers agitation against three black laws will be ever remembered as a watershed movement to protect the democratic and human rights in the country.

The Chief Minister, who along with President of Punjab Congress Mr Navjot Singh Sidhu handed over letters of appointment to five Next of kin(NOK) of farmers who died during the agitation, said that this movement has upheld the ethos of democratic values and human rights in the country. He said that this agitation will ever inspire the countrymen to fight for their democratic and human rights while relentless waging a peaceful battle. CM Channi said that Punjab government is always with the food growers of the country.

The Chief Minister reiterated that instead of sitting idle all the Punjabis and especially the farmers have to remain vigilant until the draconian farm laws are not repealed. He said that fresh conspiracies are being hatched to harm the interests of the farmers besides derailing progress and prosperity of Punjab. Making a scathing attack on those leaders who are welcoming the announcement of Prime Minister to repeal the laws, CM Channi said that these pseudo nationalist leaders are part and parcel of these anti-Punjab conspiracies.

The Chief Minister questioned these leaders to explain rationale behind merrymaking as there is hardly any reason to rejoice since Punjab had lost more than 700 sons and daughters during the struggle. CM Channi said that those hailing the decision are supporting the atrocities meted out by the Union government to the agitating farmers, which undesirable and unwarranted.
CM Channi said it is shameful that for the sake of their vested political interests some political leaders are hell bent upon sacrificing the interests of the state especially the farmers.

The Chief Minister said that announcement regarding repealing of black laws is baseless until and unless guarantee of MSP for crops is not made. He said that the Union government must ensure that each and every grain of the farmers is lifted on MSP so that the exploitation of farmers in hands of private players is avoided. CM Channi said that these few days are crucial for Punjab and farmers adding that all of us have to be extra cautious.

The Chief Minister reiterated that state government will construct a memorial in name of these martyrs to perpetuate their glorious struggle for our younger generations. He said that hardships suffered by the farmers during the struggle will ever inspire all of us to rise in unison against tyranny, oppression and injustice of any sort.  CM Channi said that the memorial will be a humble tribute to the food growers of the country by the state government.